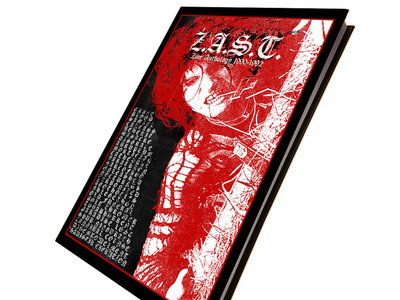 Collecting both issues in all their chaotic hand-drawn, cut-and-paste and irreverent glory, these pages provide a snapshot of that brief period when black metal was just beginning to emerge from Scandinavia and death metal still dominated the listening habits of most underground metal devotees.

Also included are a multitude of reviews and articles, unpublished images and a new interview with Mortiis himself, which gives context to these early works.

Includes unlimited streaming of The Shadow Of The Tower via the free Bandcamp app, plus high-quality download in MP3, FLAC and more.

ships out within 7 days
7 remaining
Purchasable with gift card